Skip to content
The Life Changing Story behind LightSaver

A True Story About A Near Death Experience 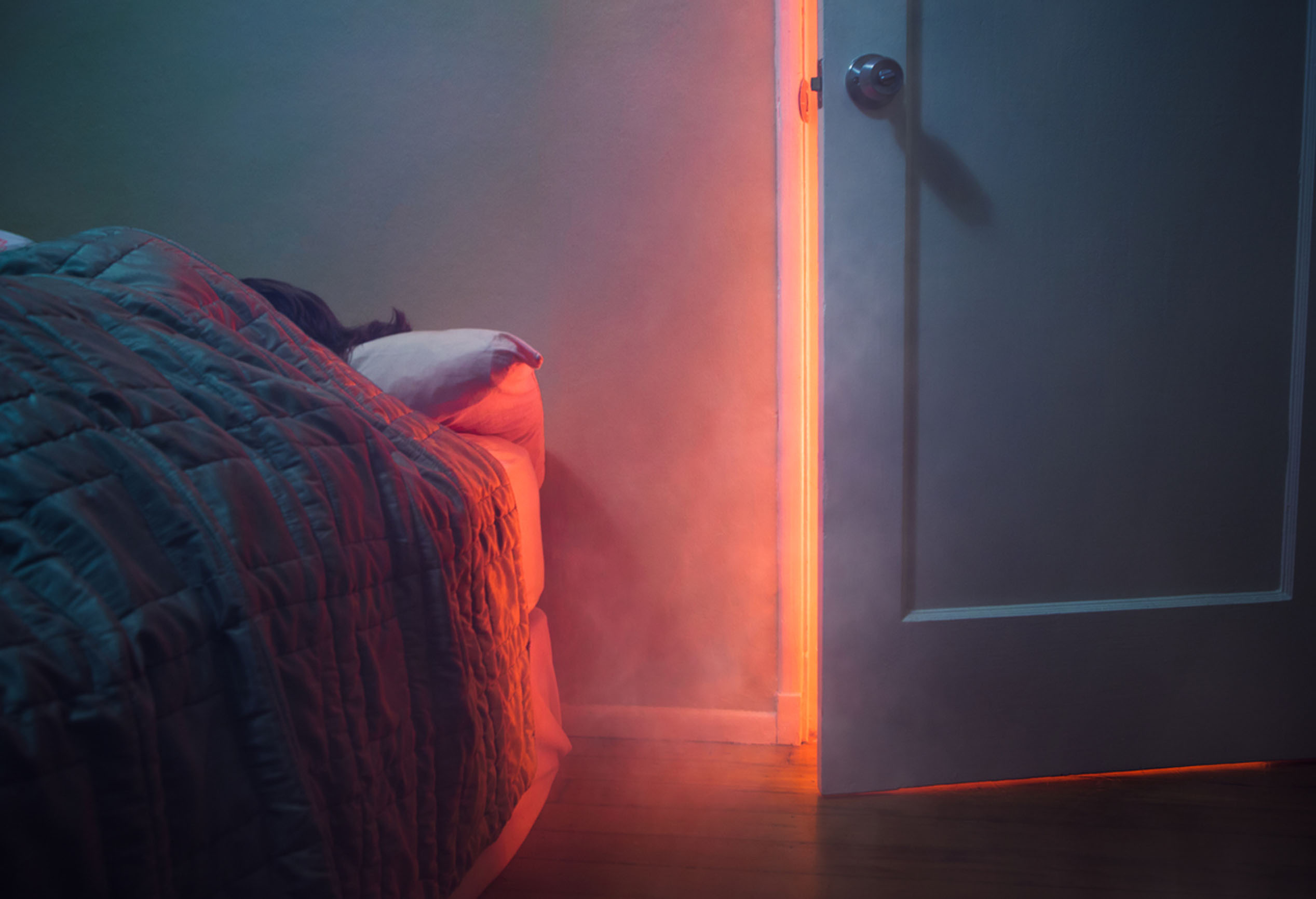 Inventor, Sonja Zozula woke in the middle of the night choking.

When she was able to gain her senses, she realized the entire house was filled with smoke. It took everything she had to rouse her sleeping husband who was lethargic and disoriented. She was screaming “the house is on fire!” “Get the baby out of the crib and go out on the deck!” Her husband could barely function.

Their four-year-old daughter was asleep in her bedroom downstairs. Sonja opened the patio door, took a deep breath and had the run of her life! For there was only one thing scarier than thinking she was going to die in a fire; it was thinking that her child would. She was exhausted and had fallen asleep with the baby bottles, pacifiers and teething toys boiling on the stove. Sadly, this type of event isn’t uncommon in America. For Sonja, it was when the nightmares began. For the next decade, Sonja would regularly wake in the middle of the night gasping. She would jump up and run around the house believing the house was on fire. After one sleepless night, she went into the office and mentioned the recurring nightmare to her colleague, Jerry Anderson. She explained how horrifying the dream was and shared her experience. It was the very next day while Jerry was on a flight, he heard the flight attendant’s pre-flight speech announcing the familiar saying “white lights, lead to red lights, which lead to the exits,” …

A Life-Saving Idea Was Born

Sonja and Jerry immediately started to work on a commercial lighting product. Just a short time later, Sonja had the nightmare again, but this time she went to the computer and started researching everything she could find out about fire-related deaths. She discovered that most people were not dying in commercial building fires; they were dying in their own homes! According to the National Fire Protection Association, “over 80 percent of fire deaths in the U.S. occur in the home” and “smoke is the leading cause of fire-related deaths.” Another idea was born!

When a fire starts in a home, the smoke can become deadly in less than two minutes. Most deadly fires occur at night. You can’t breathe, you can’t see and terror takes over very quickly causing disorientation. Not only do you need to get yourself out, you need to get all of your loved ones out and “Every Single Second” can mean the difference between life and death. Zozula’s invention, The LightSaver L-100™, is a sound activated Emergency Doorway Identifier. This device sits above an exit door and is triggered by the sound of the smoke alarm. Once activated, it brightly outlines the door and nearby floor areas to illuminate the exits, but you would never know it’s there, until you need it!

Today, more people die in fires in the U.S than all natural disasters combined. “This is not a problem without a cure,” says Zozula. Smoke detectors make you aware of a fire or smoke. A LightSaver™ clearly shows you and your loved ones where to go to get out quickly. LightSaver™ is battery operated and requires no tools to install or maintenance. Please contact your insurance company to request a reduction in your premiums.

Since Sonja had the idea for the residential LightSaver™, the nightmares have ceased.

See The LightSaver in Action